I've been doing this series about favorite songs of mine, and this one is occasioned by the date today (October 6). On this day 29 years ago, a most blessed man hit the jackpot by marrying the girl of his dreams, and he wrote this song as a wedding present for her. He had noticed while gazing repeatedly into her eyes that there were bright gold streaks inside the blue of her irises that made it look like some kind of light was bursting forth from inside. So he riffed on that theme and Voila!, one of my favorite songs was created. About fifteen years later he recorded it with a musician friend who accompanied him on piano. It was far from the full professional production with a full band and strings (and much better vocals) that he hears in his mind, but it would have to do because it was his only opportunity to get it on tape.

Through the years that light of Jesus inside her has shone to and through many other blessed people, especially her seven children, so the video for the song (also a gift for her) celebrates that as well. This amateur songwriter is even more grateful for her now than he was 29 years ago because she has graciously stuck with him through thick and thin, and by that he means much more than his weight fluctuations.

When I look in your eyes I see sunlight
and I wonder what makes them shine
You say "The Son of God, the Light of the World"
It's Jesus living deep inside

Now I know what makes you seem so
beautiful to me
Jillian, I knew something about you
had to be heavenly

If you don't know what you mean to me,
those eyes they must be blind
I'm gonna pour my love out for you
until the end of time

Shining eyes
Girl of my dreams, the only one with those
eyes that shine
from the Light of the World inside

Eyes that shine
from the Light of the World inside 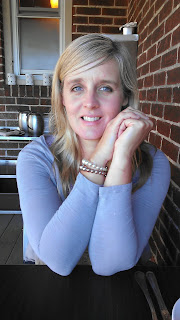